Empire Parking Lot Services was called out to the city of Anaheim California to do some extensive asphalt repairs for Express Pipe and Supply. If that name sounds familiar to you, it''s because they are a very large company with over 14 locations in Southern California. We had done work for Express Pipe and Supply previously in their shipyard, but this time around they needed to get some work done at their Anaheim facility which included asphalt repairs, ADA upgrades, and some wheel stops and stencil work.

Let’s start with the asphalt repairs, which were a perfect example of how much of an impact an asphalt overlay can have on an aged and distressed parking lot. Express Pipes Anaheim facility had badly worn asphalt, but for the most part there were not a lot of cracks or extreme failure showing. This typically means that when the asphalt was originally installed they did a good job in doing so.

Once our estimator and our customers at Express Pipe agreed that an overlay was the right solution we quickly got started on the job. Out crew had a small amount of prep work to do before the installation of the new asphalt this included grinding the edges of the asphalt where it met up with the concrete flow lines and sidewalks, as well as some minor demo work that they requested. (There were some unneeded curbs and they needed a planter widened).

The asphalt overlay was installed at a 1" thickness and applied by machine. We used over 110 tons of asphalt on the project and spent over 6 hours rolling the asphalt to a maximum density. With the paving completed, the parking lot was painted to its existing design with new handicap signs and concrete wheel stops installed. Another job completed to the customer’s satisfaction! 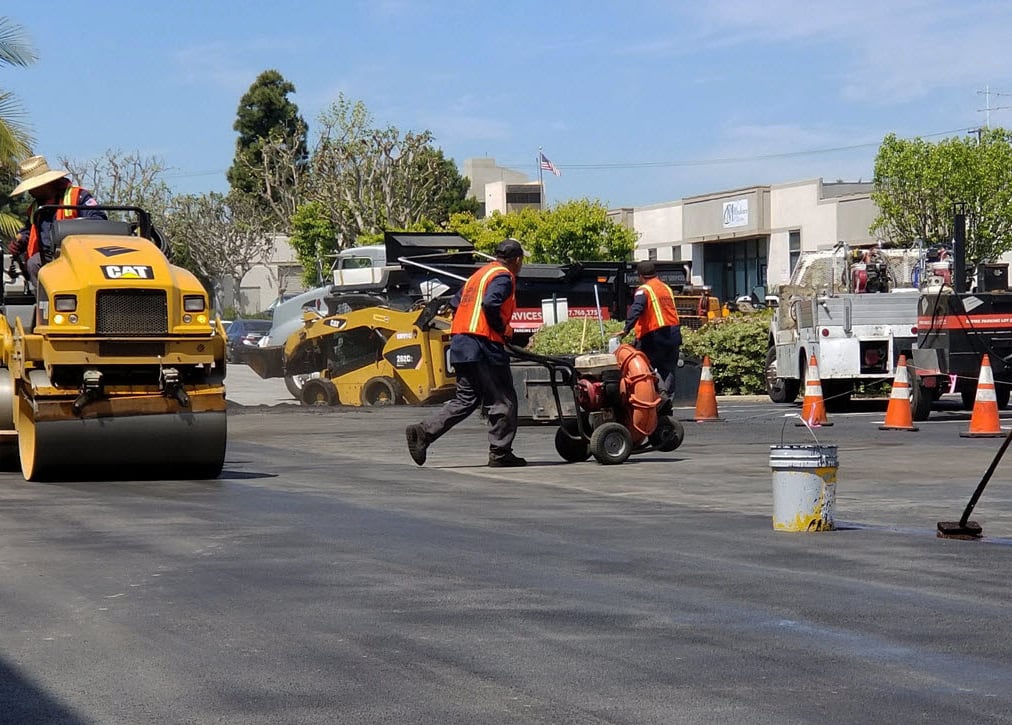 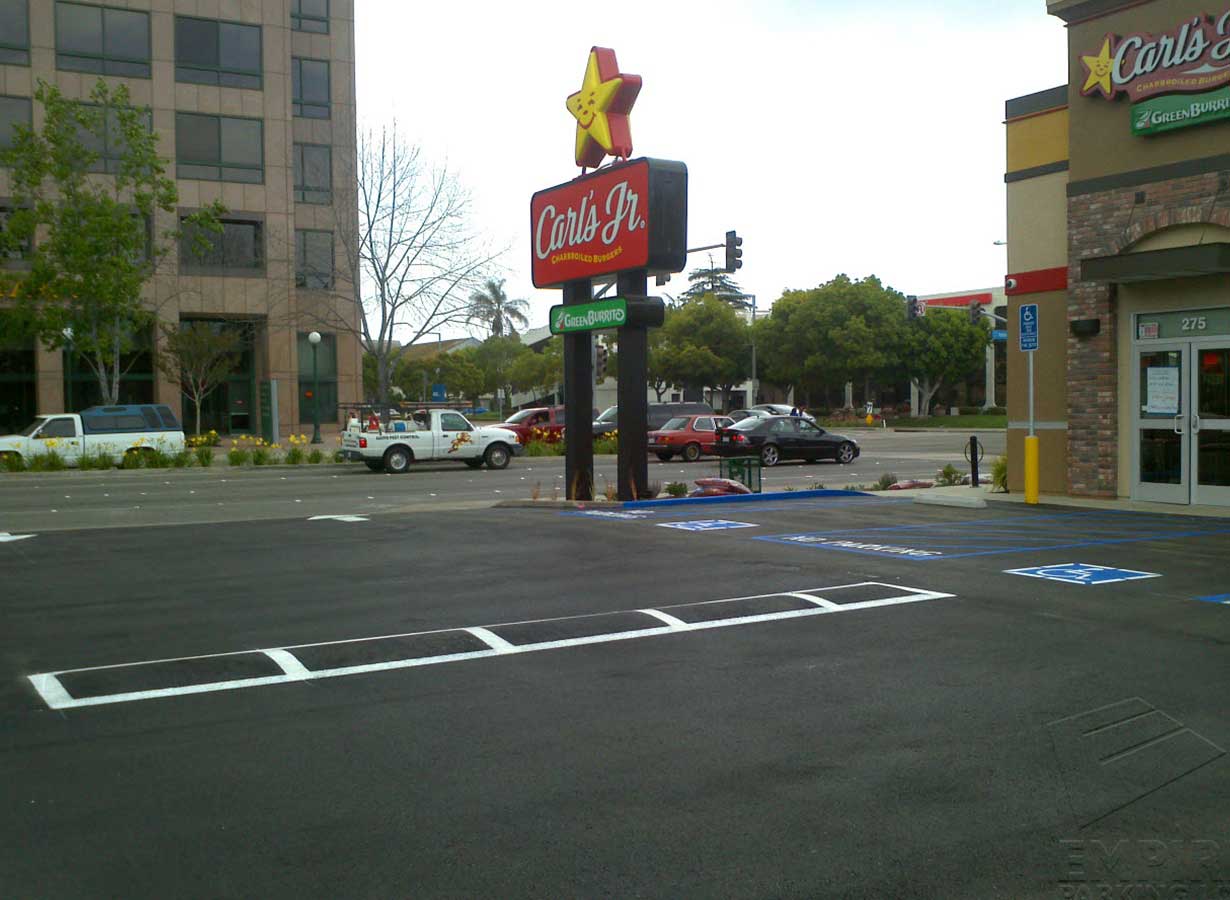 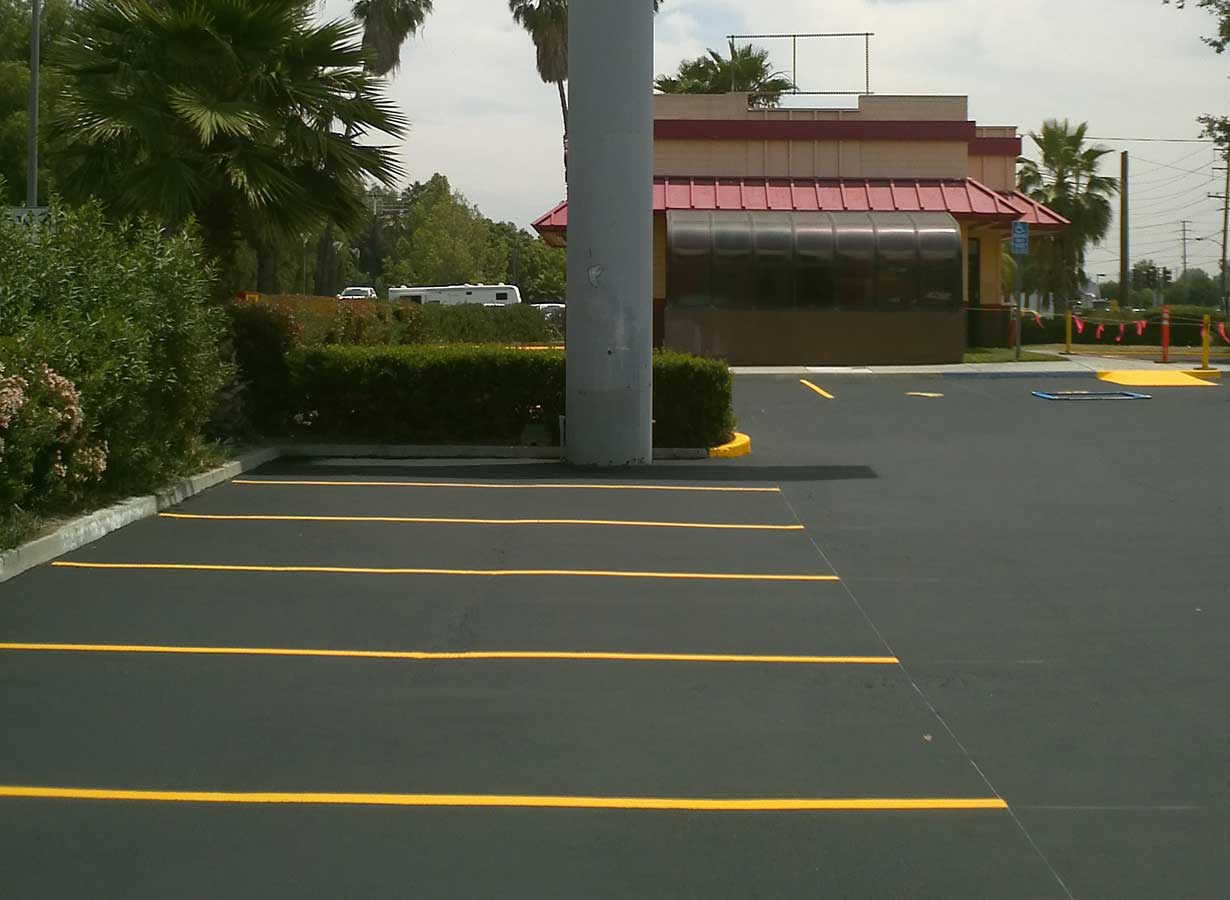 Discover why our customers keep coming back